TCO has been on life support the last decade, kept alive by a few manufacturers and analysts in the technology sector. But, once cloud technology became relevant and reliable, rumor has it that ROI broke the news to TCO that there is no ownership in the cloud. This caused TCO to spiral and pull its own plug. For the sake of not being too morbid, TCO believes in reincarnation and if you continue reading we shall arrive at a nice ending. But first we must understand the TCO downward spiral of death. 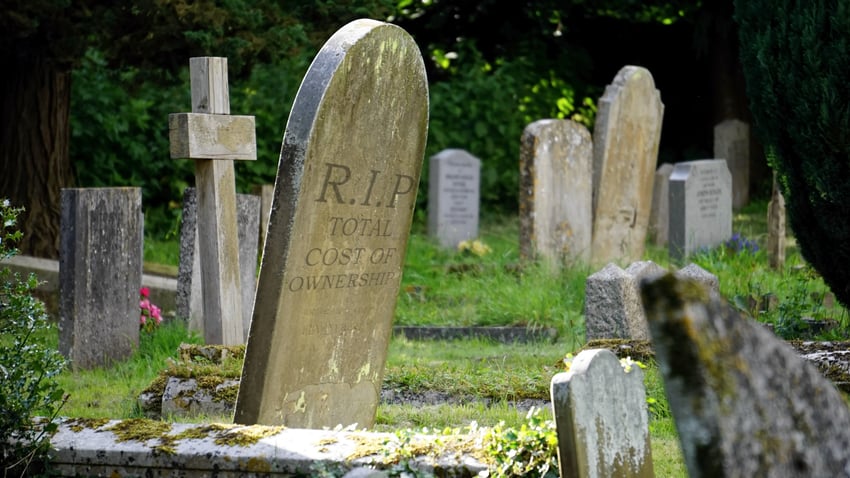 Understanding The Aimless Life of TCO

TCO was often confused because companies used this metric to evaluate the consumption of technology when considering a potential investment, but what is an investment? Webster defines an investment as, “the outlay of money usually for income or profit: capital outlay; also : the sum invested or the property purchased”

When you mix the procurement of advanced equipment technology like AV, security & cybersecurity, wireless networks, premise or hybrid voice solution, data appliances, and IoT devices, with the capital outlay or cash for income or a profit, it becomes the branded paradox of TCO. It’s impossible to take after tax dollars to pay cash to own on a non-revenue generating asset that loses 30 percent of its value after the first day and call it an investment. Since the metric of TCO was always tied to an investment, TCO lived an aimless and incomplete life in our technology sector.

TCO also carried the burden of being used to calculate the lowest total cost of ownership for technology. But, without considering the valuable role technology plays in organizations today, lowest cost usually comes with sacrifice in value and this is a huge mistake for many companies. Would you chose a heart surgeon because they provided the lowest cost? Important decisions require more evaluation than price alone. Without considering value and impact, TCO is lonely and incomplete.

This is not a time to exploit the faults of TCO or the faults in which TCO was used; rather it’s a celebration of life. Total Cost of Ownership TCO reincarnated to a more relevant metric and that’s Total Cost of Operation TCO.

The New Life of TCO

Total Cost of Operation, the new TCO, addresses the preferred models of consumption like the subscription and Everything as a Service models. In today’s IT offerings you can’t own the majority of the solution i.e. the cloud, so why would you want to own the equipment? Total Cost of Operation gives us all the qualities to make an informed decision that Total Cost of Ownership provided, without the investment and ownership metrics. The new TCO is looking forward to a long and useful life!